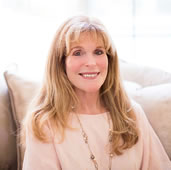 A trusted advisor to her clients and to leaders in the luxury travel industry, JoAnn Kurtz-Ahlers brings a holistic view to the travel destinations and cultural riches that lie behind the world’s Hidden Doorways.

Kurtz-Ahlers, president and founder of Hidden Doorways Travel Collection, has twice appeared on Travel Agent Magazine’s “100 Most Powerful Women in Travel” list and been selected as one of Meeting News’ “25 Most Influential People.”

Before founding Hidden Doorways, Kurtz-Ahlers worked for The Ritz-Carlton Hotel Company. During her 15 years with the company, she was the first woman executive named vice president of sales and marketing, leading the Ritz-Carlton’s 11 global sales offices and supporting the development of properties from 5 when she joined the company to 62 properties when she left. In addition, she worked in new developments in Europe and the Middle East, including properties in Egypt, Dubai, Qatar, Turkey and Spain.

Kurtz-Ahlers and Associates was founded in 2002 and re-branded in 2018 as Hidden Doorways. One of the company’s early, and lasting, points of distinction has been its competency in connecting niche, luxury properties in emerging countries with adventurous, affluent travelers.

Today, Kurtz-Ahlers is a familiar figure at the world’s most influential industry events, including ILTM in Cannes, LE Miami and PURE in Morocco. On dates in between, she can be found visiting the world’s most remote destinations — or at home in Dana Point, California.