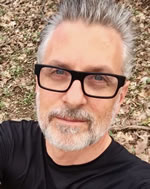 David Fischette is a storyteller. Whether through media or live events, his goal in everything that he touches, is to communicate story…to touch the audience in a profound way…to motivate them to action or make them stand to their feet in amazement. Known for his creative passion and his 35 years at the helm of the award-winning Go West Creative, Fischette has established himself as a creative force in the live event, media and entertainment industries.

At Go West Creative, Fischette is the Chief Creative, working with major brands around the world to help them communicate their message to key stakeholders. Whether it is through large scale event production, content creation or experiential activations, the goal is the same. Connect the experience and the emotion to the brand to develop good will and brand loyalty. Fischette has extensive experience working with C-level executives, helping them to craft the right message and present it in a way that is impactful and effective. Fischette has executive produced projects globally for the United Nations, HPE, Dell, Aetna, WellPoint, Farmers Insurance, Deloitte, Janus Capital (Henderson), Petco and Sonic (to name a few). In addition to his work in events and experiential, he has also produced commercials for TaxSlayer (Super Bowl 2019) and Long John Silvers, as well as numerous televised national broadcasts for Farmers Insurance, WellPoint/Anthem and National Surf Competition. David was the Executive Producer on the Emmy Award-Winning Television Series “My Generation,” starring Leeza Gibbons, the independent comedy film “Rock, Paper, Scissors,” and he directed and produced the New York City Film Festival Award-Winning Thriller “Gods of Accident.”

David has won a collection of prestigious industry awards including nearly 20 Telly Awards, multiple Pixie, Davy and Hermes Awards, and the Gala Award for his cherished “Spoken Cinema®”. GWC has been named to the global Top 50 Events Companies list by Special Event Magazine’s consistently over the past decade, as well as Event Marketer magazine’s Top 100 It List for Event Agencies.

David is deeply concerned for social issues, especially those involving women’s rights and Racial equality. He a member of the YWCA Board of Directors, and has been a featured speaker at the United Nations, speaking on Gender Equality.