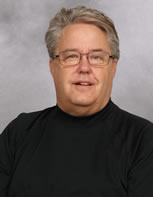 David Bruce, Managing Partner of CMP Meeting Services LP and the Executive Director and Founder of the Alliance of Independent Meeting Professionals.

David started in the industry in 1973 working with a Master Chef in an independent hotel in Arizona, from there David took his skills to Marriott where he worked through the front office administration to hold the position of Front Office Manager at the famed Camelback Inn. After leaving Marriott, David in various sales and regional positions with Embassy Suites (then called Granada Royale and Doubletree Hotels (then a private 13 property hotel chain).

On April 1 1986, David decided to follow his fathers footsteps and open his own business and with that CMP Meeting Services was born. At the time, CMP was one of the first commission based meeting planning firms which continues in operation today. CMP was built on Mr. Marriott’s concept of “take care of the client and the client will take care of you”. A view that we still believe is a strong business concept.

After the change in commission by a few of the hotel companies in early 2018, David believed that having an association completely based on the independent planner was not only warranted but necessary, he opened the Alliance of Independent Meeting Professionals. Two years later, AIMP has become an important voice for the independent who isn’t part of a large consortium of planner companies available to them. Today, this organization now represents 175+ independent meeting planning firms along with 135+ Convention and Visitors Bureaus, Audio Visual, Travel, Registration and other companies which work with the independent planner